Kellie Elmore has a wonderful little thing she does each Friday called Free Write Friday and each week she comes up with amazing prompts.  This week her prompt is “Keepsakes”.  What is the one special item that we have and what does it mean to us?  Or maybe our keepsake is a memory or a special moment in time we will never forget.

It was difficult for me to think of my special keepsake at first.  I have lots of things that mean something to me but nothing really that was coming to the front of my mind. Then I thought of my daughters little monkey.  We got Monkey (monkey’s official name) in September 2004, two months before my daughter was due.  We were on an early anniversary trip to the coast because my doc didn’t want me that far away from home so close to my due date.  It was an amazing trip and that is where we saw this little monkey in one of the toy stores and knew we had to have it.  It was so small and cuddly that it would be perfect for her to love on while she was little.

My pregnancy was not easy to say the least.  It took a long time to get pregnant and we thought maybe we would never have a child because of the problems.  Then once pregnant I seemed to have one difficulty after another, from severe nausea/vomiting throughout the whole pregnancy, nerve damage in my leg,  and gestational diabetes to name just a few.  The scariest parts of my pregnancy though, would come when we got home from our trip that brought us Monkey.  For the last almost month before my doctor insisted on taking her early my daughter had stopped moving and growing in my stomach.  This little monkey became so important to me and I remember thinking that I can’t lose my little girl, and I held that monkey many days when I was home alone just praying she would be ok.

My silly little Muppin and Monkey at one month old.

My daughter was brought into this world only two weeks early yet she was so tiny.  What an amazing day it was to bring her into this world.  She was beautiful, full of life.  We ended up in the hospital all week because she was not thriving as well as they hoped, and I had some minor complications because of a reaction to the drugs, but we were ignorant to that because to us she was amazing!  We were only allowed to go home over the weekend if we brought her back on Saturday for more tests to make sure she was ok.  I remember the first couple weeks (maybe more) going to the doctor’s office every other day, yet thinking nothing of it, because that is what you do… right?

I am so glad I was not all with it in those short weeks!  If I had known how sick she was I might have fallen apart. Monkey though was with her through it all.  She was in her little bed at the hospital, next to her many nights and days at home, and while she was meant to bring my daughter comfort, it was me that she really soothed.  Monkey was a silly little gift from God that no one would really understand.  And to this day it holds a special place in my heart.  For me, it tells the whole story of the joy and trials of my daughters entry into this world.  And what a wonderful thing that is.

And my beautiful little Muppin today with silly Monkey! What a joy she is in our lives and what a joy Monkey still is in hers.

If you have not joined Kellie Elmore for her Free Write Friday prompts you are missing out.  Click the picture below to go to her site, you will be blessed!

Me? ~ Daughter of the King! Wife to an amazing Man! Mom of a precious Girl! Life inside a grace-filled home! Faith, Family & Homeschooling

All rights reserved. Please e-mail graceunveiled at gmail dot com, for permission to use any of the content, especially if you want to do more than make an accredited link to a post, or if you would like to purchase, exhibit or license any of my photography or writings. Thanks! 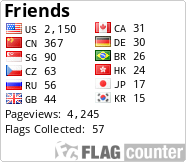 Grace For My Journey

It's all about simple living and self reliance

A Day in the Life of a Kingdom Wife

A complete, free online Christian homeschool curriculum for your family and mine

The One Thing I know For Sure

A soft place to fall, some poetry, some stories some random thoughts but most of all a place that I hope blesses those who stop by.

The Proof is in the garden

Worship and The Arts

Train up a child in the way he should go, Even when he is old he will not depart from it. ~Proverbs 22:6

Celebrating Community One Show @ a Time

Count it all joy

Observe life at its best, listen to life’s songs, embrace life’s bounties, breathe the breath of life and savor life to its fullest!

Making people better, one day at a time.

Burning Fire Shut Up In My Bones

His word was in my heart like a burning fire shut up in my bones; I was weary of holding it back, and I could not (Jeremiah 20:9b).

eliminating the unnecessary so that the necessary may speak

Faith is the key
Following In His Footsteps

documenting our days as we strive to follow Him

Life and Learning through Tears and Laughter

where everyone (especially me!) is learning . . .

Inspiration For Learning and Life.

Magic in the Backyard

Believing that hope lives and shining a light into the dark!

The latest news on WordPress.com and the WordPress community.